Last month I had the pleasure of teaching the Malta Karate Federation nine practical karate seminars over the course of six days. This was the fourth year that I had been visiting and so when the opportunity presented itself, I decided to test on a different group something I had found to be true on my own students.

On the Thursday night by request I introduced one of the core kata for my DART system students. I taught this in the manner I had originally learned kata in my original core style of Shotokan and how I had learned weapons kata in Aikido.

Teach a small sequence, repeat as necessary. Add another sequence, repeat… Once we’d done the sequence a few times I showed some ways to use that part of kata. Admittedly that wasn’t the way I was originally taught: I had to go out and make sense of the kata I was taught in my own time, but the point was to put form first.

A functional seminar and combined with a series of impact and reaction time pre-emption exercises I covered the first half of the form.

The next day I had a private class with two instructors and committed to finishing teaching the form. This time however I decided to take a different approach.

Here’s a paired drill; this is the threat/attack, this is a simple response. Where time permitted, I might also explain the underpinning fundamentals – the ‘why’ a particular movement is done. With each drill I’d occasionally illustrate the response without the attacker to illustrate the mechanics in a clearer fashion before returning to the paired drill.

After going through several of these drills with the instructors working them together at varying levels of intensity, I then got them to go through the already practised movements solo, one after the other. We thus completed the form.

The unanimous answer was what I expected: function (drills) first, form later.

This was not a surprise. It’s easier to form positions if you have experience of using them, and applied physical practice is easier to remember than seemingly random movements pieced together.

So why teach the form first?

Most forms, even the fundamental ones taught at the start of a syllabus, are packed with movement and multiple possible applications. To cover every use of the form (assuming of course you are using the form) before teaching it as a memory exercise for solo practise at home is impractical. There is an argument that in a mixed ability group it is difficult to find time to train just one application drill for each sequence before you get to a stage where you want the students to be able to go through the entire form, but then so long as they have experience of part of a form they can work that while more experienced grades cover longer sequences, and as there is no physical contact in form work there is no harm in cycling other instructors or more experienced students through the counting/demonstration of the shorter sequences.

Over the years I’ve tried form first, form and function side by side, and function first, form later. I’ve found the last approach gives me the best results, whether I’m looking at developing skill sets in drills, developing impact power against pads, or in developing aesthetically pleasing form performance.  If you’ve got the drills, why not try giving them the lesson before setting the homework? 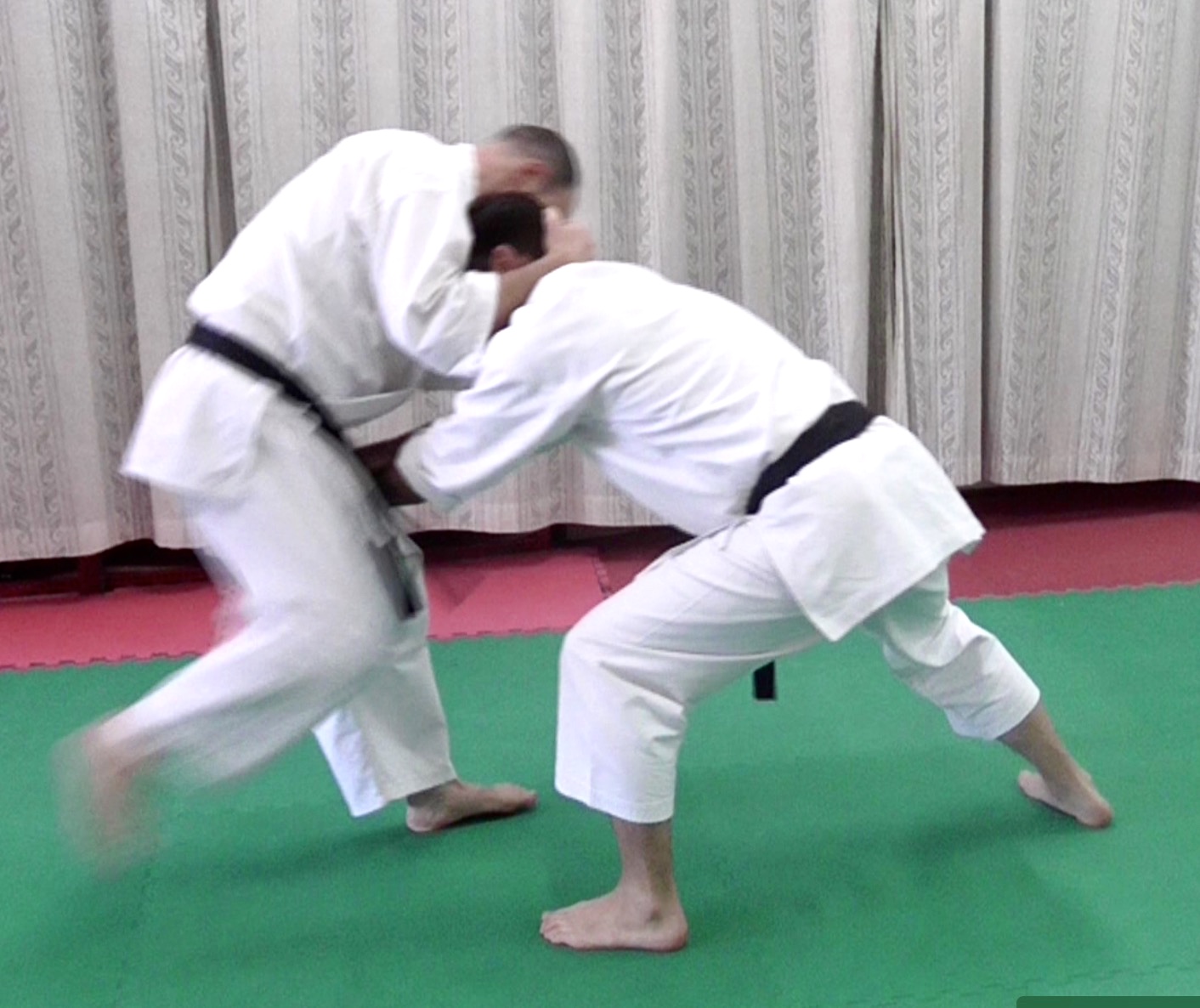